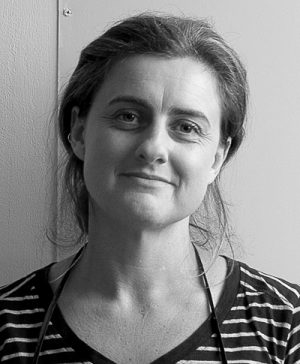 Irene Ferguson is a painter who is drawn to unusual snippets of contemporary life. Her work reflects strong interests in art history and the craft of painting. Born in Hokitika, New Zealand, Ferguson lived in the UK and the USA before moving to Australia in 2011. She currently lives and works in Melbourne. Ferguson studied printmaking at the Otago School of Art in Dunedin, New Zealand, then began painting in 1997, completing an MFA from the New York Academy of Art in 2005. She was a finalist in Britain’s BP Portraiture Award in 2006 and winner of the 2008 New Zealand Adam Portraiture Award. Ferguson has exhibited widely internationally – in New Zealand, the United States, United Kingdom and Australia. Her works are held in many public and private collections, including the James Wallace Trust Collection in Auckland, New Zealand. She is presently working on a new body of work to be exhibited in 2020.